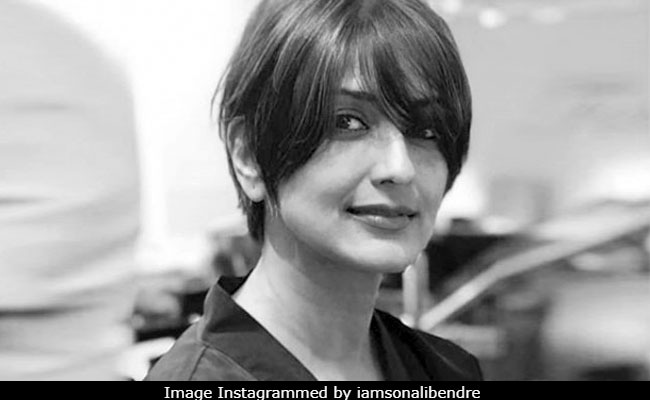 Sonali Bendre’s cancer diagnosis took the B-town and her fans by surprise. Through an Instagram post, the actress shared that she has been suffering from cancer which has been metastasized. However, she did not reveal which form of cancer it was. But a recent Whatsapp forward seems to carry the news which the actress did not share. It revealed that Sonali has been suffering from uterine cancer. Besides this, the message carried some preventive measures for breast cancer. Well, turns out that the claims made by this Whatsapp message indeed are false! This means that the claim that Sonali has been suffering from uterine cancer is unsubstantiated. And for the simple habits which can increase the risk of breast cancer, well, they’re myths too! Most of the daily life tips given to women for reducing their breast cancer risk have no scientific relevance. This message seems to be a public service initiative by Tata Cancer Hospital derived from the Tata Memorial Centre. Recently, Tata Hospital was badgered in another Whatsapp message which claimed that many women died in their hospital because they used sanitary napkins. Most of the pointers mentioned in this message do not have any medical relevance.

2. Do not wear a bra while sleeping

Another popular myth is how wearing a bra while sleeping can increase breast cancer risk. Women wear a bra to support their breasts and save them from sagging. However, this purpose is redundant when women go off to sleep. Therefore, they can take off their bra to sleep comfortably. But there is no link with breast cancer whatsoever.

3. Always cover your chest with a cloth or a duputta while in the sun

The message recommended women to not wear a black bra during summer and use a dupatta to cover the breast when out in the sun. The primary aim of this practice is to ensure that the UV rays of the sun are kept at bay. This practice is believed to lower breast cancer risk, however, there is scientific relevance to this statement.

Also read: Breast Cancer: Everything You Need To Know

4. Use a deodorant and not an antiperspirant

This message recommends women to use a deodorant and not an antiperspirant due to breast cancer risks associated with it. This one again, has no scientific relevance whatsoever.

While these myths have no scientific relevance, some of the pointers like washing your bra regularly and nursing your body can reduce your breast cancer risk.

As for Sonali Bendre, the actress is currently undergoing metastatic cancer treatment in New York. More power to you Sonali!

Should I get checked for cancer?

Cancer can affect various tissues in the body, causing a range of signs and symptoms, such as weight loss, fatigue, skin changes, and a persistent cough. Anyone who experiences persistent or worrisome
Read More

Women who had their first child after 35 may be at an increased risk of developing breast cancer than their peers who do not have children, according to a study contrary to conventional wisdom that
Read More

When abnormal growth of cells occurred in the body it results in cancer and invades other tissues also. It can affect almost any part of the body. Cancer is also known as malignancy. Do you know tha
Read More